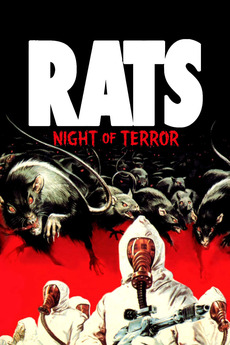 Mutants of a nuclear disaster

One hundred years after a nuclear war has devastated the planet, society has been reborn into two factions; the underground society and the scavangers above in the wastelands. A group of scavangers on bikes come across a town infested with flesh eating rats, and soon the gore is spilling everywhere.