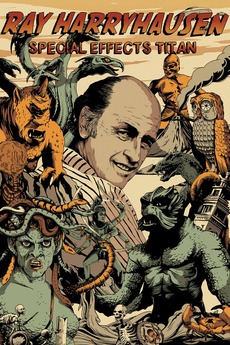 There’s only one person who so accurately personifies movie magic in the history of film, and that man is special effects maestro Ray Harryhausen. Focusing on the man behind the landmark effects on films like Clash Of The Titans, One Million Years B.C., Jason And The Argonauts and many more, this in-depth film features interviews with the great man himself, and with an array of animators and directors influenced by his work including Guillermo del Toro, Peter Jackson, Nick Park, Terry Gilliam, James Cameron and Steven Spielberg. The film also features unseen footage of tests and experiments recently uncovered.

This list will change as I watch more documentaries, but these are the most memorable and worth a watch.