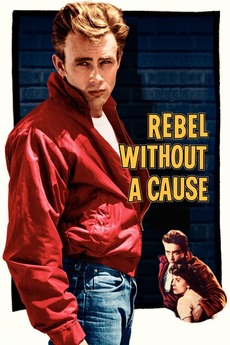 Rebel Without a Cause
JustWatch

Rebel Without a Cause

The bad boy from a good family.

After moving to a new town, troublemaking teen Jim Stark is supposed to have a clean slate, although being the new kid in town brings its own problems. While searching for some stability, Stark forms a bond with a disturbed classmate, Plato, and falls for local girl Judy. However, Judy is the girlfriend of neighborhood tough, Buzz. When Buzz violently confronts Jim and challenges him to a drag race, the new kid's real troubles begin.