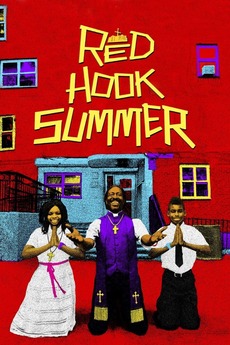 When his mom deposits him at the Red Hook housing project in Brooklyn to spend the summer with the grandfather he’s never met, young Flik may as well have landed on Mars. Fresh from his cushy life in Atlanta, he’s bored and friendless, and his strict grandfather, Enoch, a firebrand preacher, is bent on getting him to accept Jesus Christ as his personal savior. Only Chazz, the feisty girl from church, provides a diversion from the drudgery. As hot summer simmers and Sunday mornings brim with Enoch’s operatic sermons, things turn anything but dull as people’s conflicting agendas collide.