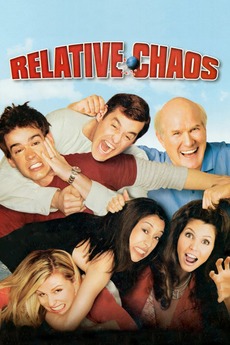 Every year the Gilbert family looks forward to the annual Gilbert Cup competition. Everyone, that is, except Dil, the youngest Gilbert sibling. He's never won the cup, not once. Dil's girlfriend, super-motivated and ultra-competitive Katherine, is determined to change Dil's luck, but can she change a 25-year losing streak? It won't be easy. The competition is beyond fierce, and if there's such a thing as obsessive competitive disorder, Dil's overachieving siblings Gil and Lil are certifiable. The Gilbert's go the distance in events that test their intelligence, agility, and sanity. The winning Gilbert gets the cup and the glory. Who will be the last Gilbert standing? Does Dil stand a chance? Let the games begin...