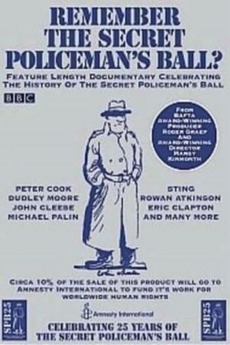 The Secret Policeman benefit shows for Amnesty International brought together comedy grand masters - from Python and Beyond the Fringe - and performers then relatively unknown, like Rowan Atkinson. Narrated by Dawn French, the programme includes interviews with many of the comedians and musicians who took part: John Cleese, Stephen Fry, Michael Palin, Sting, Lenny Henry and many more. The shows and their stars had a huge effect on modern British comedy. There are few comics today whose careers have not been heavily influenced by the anarchic and surreal humour of these events.

EVERYTHING I CAN FIND ON MONTY PYTHON

The documentaries of BBC's "Arena" en.wikipedia.org/wiki/Arena_(TV_series)