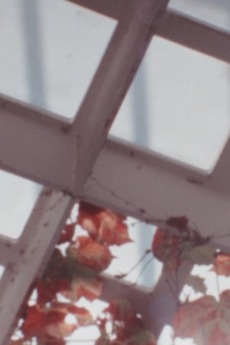 A constellation of objects, each emerging into the soft peach-light void of an indeterminate condominium space.