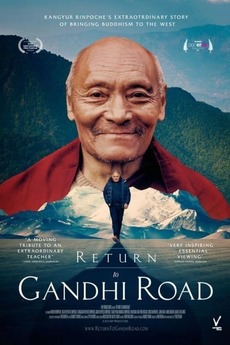 Return to Gandhi Road tells the powerful story of Kangyur Rinpoche; a renowned Tibetan Master who, heeding the imminent danger of the 1950’s Cultural Revolution, and under the instructions of the Dalai Lama, braved the dangerous journey over the Himalayan mountains to India, rescuing two tons of Buddhist texts that otherwise faced potential extinction. Once in Darjeeling he built a Monastery at 54 Gandhi Road. It was here where the few single-minded Westerners in search of a more meaningful life, began to arrive in the late 1960’s. Told through the eyes of one of those first Westerners, New Zealander Kim Hegan, as he now, more than 40 years after Rinpoche’s passing, and his Buddhist practice abandoned, will trace the journey he made to Darjeeling 45 years earlier, to tell Rinpoche’s profound story, while healing the trauma that kept him away for so long.