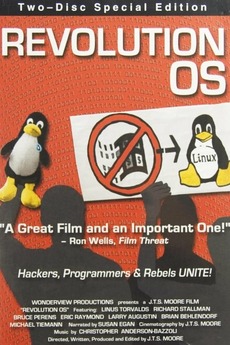 REVOLUTION OS tells the inside story of the hackers who rebelled against the proprietary software model and Microsoft to create GNU/Linux and the Open Source movement.