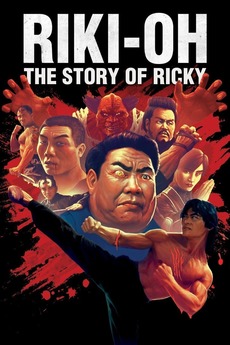 Riki-Oh: The Story of Ricky

Hard man Ricky is incarcerated in a futuristic prison where ultra-violence is his only means of survival in the corrupt, sadistic system. He must battle his way quite literally 'through' the feared 'gang of four', and undergo multiple tortures before facing the governor in one of the goriest climaxes ever seen.