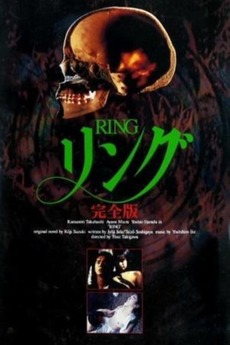 Accident, or strange death? The girl that steals four lives

In different parts of Tokyo, four young and seemingly healthy people suddenly die of heart failure at exactly the same moment. Reporter Kazuyuki Asakawa decides to investigate the deaths, and discovers that the four had stayed at a rural inn together just a week earlier. At the inn, he comes across a strange video that ends with a message saying that anyone who watches it will die exactly seven days later. Now the clock is ticking for Asakawa. Can he break the curse in time?