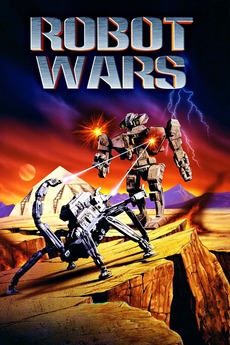 First There Was ROBOT JOX...

In the year 2041, the rebel Centros are a plague to the survivors of the great toxic gas scare of 1993. A renegade Megarobot pilot and an archaeologist must team up (despite personal differences, a reluctant romance, and official pressure to cease and desist) to thwart the Centro's attempts to resurrect a hidden Megarobot, with which they can challenge the prevailing order.

A list compiling all of the films covered in the Cinemassacre Monster Madness series by James Rolfe. The video reviews…

Favorite Movie of 1993: I want to be cool and say it's Linklater's, but in my heart of hearts, "Sleepless…

The American Genre Film Archive (AGFA) is the largest non-profit genre film archive and distributor in the world.