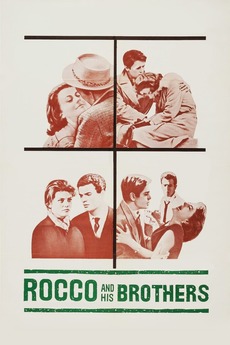 Rocco and His Brothers
JustWatch

Rocco and His Brothers

DARING in its realism. STUNNING in its impact. BREATHTAKING in its scope.

When a widow’s family moves to the big city, two of her sons become romantic rivals, with deadly results.