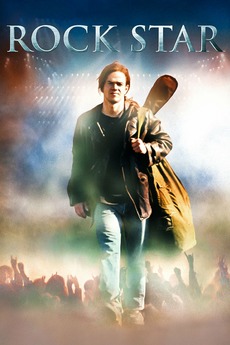 The story of a wanna be who got to be.

Rock Star tells the story of Chris Cole and a rock band called Steel Dragon. Cole is a photocopier technician by day, and the lead singer of a Steel Dragon tribute band called "Blood Pollution" by night.Internal struggles between the Steel Dragon band members culminate with the firing of the lead singer, Bobby Beers and the starting of recruitment sessions to find a new vocalist. Loosely inspired by the true story of the heavy metal band Judas Priest.

So You Want To Be A Rock Star

There is one "missing" episode: Paul, June, and Jason did a live show about the film Swordfish that will never…

Thank you to Lia for this! What does this challenge consist of? Based on my birth chart, Lia has sent…