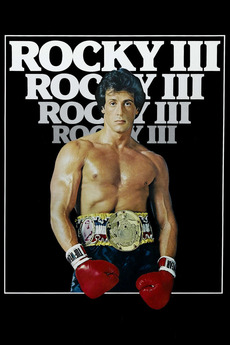 Now the world champion, Rocky Balboa is living in luxury and only fighting opponents who pose no threat to him in the ring, until Clubber Lang challenges him to a bout. After taking a pounding from Lang, the humbled champ turns to former bitter rival Apollo Creed for a rematch with Lang.