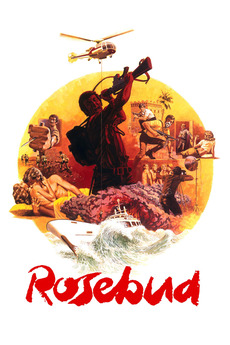 In a bold coup a Palestinian terrorist group captures the yacht Rosebud and kidnaps the millionaires five daughters on it. At first they demand film clips to be shown on major European TV stations. Undercover agent Martin is hired to hunt the terrorists down.