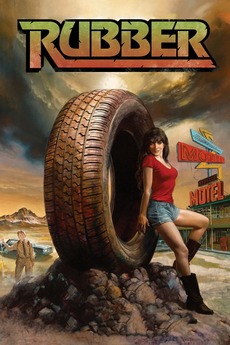 Are you TIRED of the expected?

A group of people gather in the California desert to watch a "film" set in the late 1990s featuring a sentient, homicidal car tire named Robert. The assembled crowd of onlookers watch as Robert becomes obsessed with a beautiful and mysterious woman and goes on a rampage through a desert town.