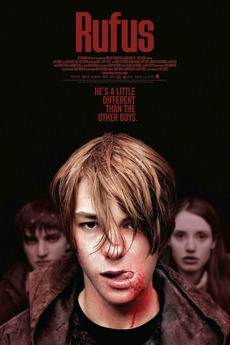 Rufus is a shy and lonely boy determined to make a new start. Sure he has some quirks. So what if he likes the taste of blood? It's not like he's addicted. When a cunning vampire hunter slips into town searching for the fountain of youth, Rufus fears his darkest secret is about to be revealed.

Update: I had been trying to slowly find every movie that had a vampire in it, but that has already…

My 4th year doing a Hooptober challenge. You can see the main challenge here but the short version…

Every Movie Tagged In The Daily Horror Hunt

Do you participate in the Daily Horror Hunt? Have you ever wondered what movies people have watched but don't feel…

These are the Horror/Thriller films I own on DVD or BRD. All sub-genre and themes. In this list, there are…

There’s something about a good coming-of-age story to never get enough of.