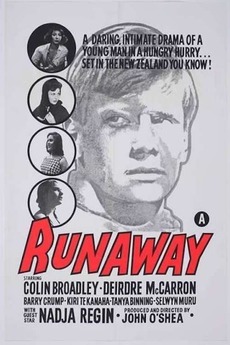 A nightmare chase across the scenic splendor of a wild continent. David Manning, a young accountant, is unable to live within his income. He spends his spare time in Auckland with the young set - and his friends Sandra, Dorothy and Athol all like the outdoor life in the daytime and the bright lights at night. David finds himself in financial difficulties and leaves his job.

A watchlist I've accumulated over the past decade on my search for hidden gems. Culled from an even longer mubi…

OUT OF THE MIST: A Filmography

An inventory of every feature film, short, and documentary cited in Out of the Mist: An Alternate History of New…