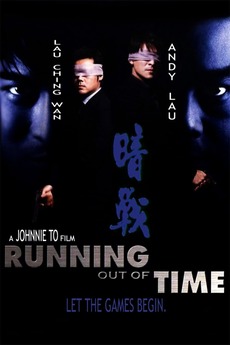 Running Out of Time
JustWatch

Running Out of Time

Police inspector and excellent hostage negotiator Ho Sheung-Sang finds himself in over his head when he is pulled into a 72 hour game by a cancer suffering criminal out for vengeance on Hong Kong's organized crime syndicates.

Am zin, An zhan, Hidden War

This list only contains movies from the 3 Chinas (Mainland, Taiwan & HK). Only 10 movies per year, ranked by how…

The long awaited (by me) sequel to this.

I've seen a few of these, but not for ages. I'll probably…