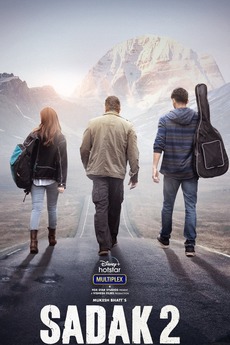 The film follows Ravi, 29 years after the incidents of the first film. The suicidal taxi driver plans to shut shop when a young girl, Aarya, compels him to take her on a life-altering journey to Kailash where she has an encounter with a godman and is out to expose this fake guru running an ashram.

back to the camera