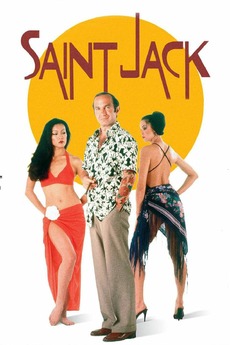 "People make love for so many crazy reasons-- why shouldn't money be one of them?" - The Gospel According To Saint Jack

Jack Flowers is an American hustler trying to make his fortune in 1970s Singapore in small time pimping. His dreams of building a fortune by running a brothel himself and returning to the States is materialized when he is offered the opportunity by the CIA to run a brothel for the R&R activities of U.S. soldiers on leave in Singapore.