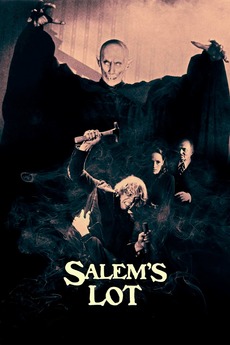 The ultimate in terror!

Ben Mears has returned to his hometown to write a book about the supposedly haunted Marsten House. When people around the Marsten House start dying mysteriously, Mears discovers that the owner of the mansion is actually a vampire who is turning them into an army of undead slaves.