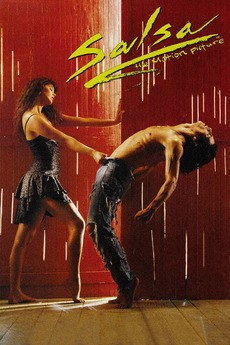 The Dirtiest Dancing Of Them All!

Fatherless barrio Puerto Rican Rico is a menial car mechanic by day, but lives for the nights, when he dances and dates hot dancing girls, cockily convinced the title of Salsa king in fancy nightclub La Luna's upcoming contest is to be his. He encourages his best friend, courteous gentleman Ken, to date his sister Margarita so he gets a free hand with her flirtatious classmate Lola. The reigning salsa queen Luna's interest in Rico as dance-partner threatens his on-off relationship with Vicki. More jealous trouble follows when Ken and Margarita fall in true love.