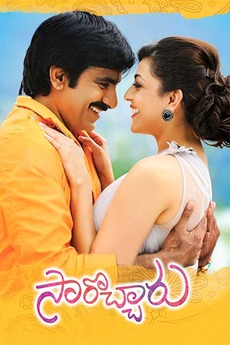 Sandhya (Kajal Aggarwal) is a student who is madly in love with Karthik (Ravi Teja), a techie based in Italy. She decides to travel with him to India, confident that the travel time would be enough for her to get Karthik to fall in love. Karthik reciprocates her gestures in a friendly way, but finally reveals that he is married to Vasudha (Richa Gangopadhyay) but is waiting to seek Divorce.