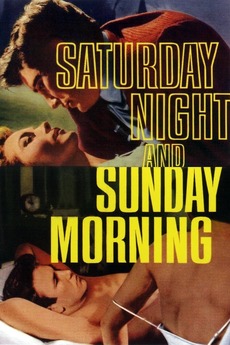 Saturday night you have your fling at life...and Sunday morning you face up to it!

A 22-year-old factory worker lets loose on the weekends: drinking, brawling, and dating two women, one of whom is older and married.