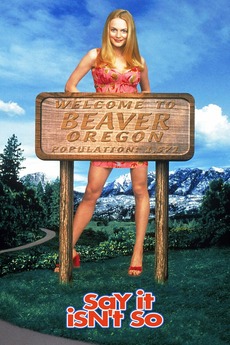 Say It Isn't So
JustWatch

Say It Isn't So

Boy meets girl; boy falls in love (and had wild, non-stop sex) with girl; boy loses girl... when they discover they are brother and sister! But when he learns that he's the victim of the ultimate case of mistaken identity, the lovesick young man -- whom everyone still thinks is after some taboo thrills -- must race across the country to stop her from marrying another man.