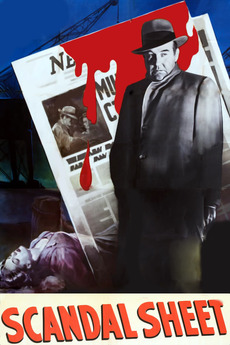 The man from "The Mob" is making another killing!

A tabloid editor assigns a young reporter to solve a murder the editor committed himself.