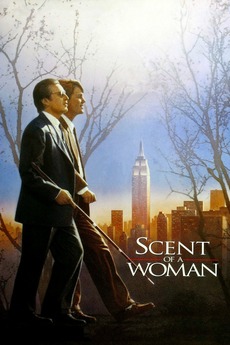 Scent of a Woman
JustWatch

Scent of a Woman

Col. Frank Slade has a very special plan for the weekend!

Charlie Simms is a student at a private preparatory school who comes from a poor family. To earn the money for his flight home to Gresham, Oregon for Christmas, Charlie takes a job over Thanksgiving looking after retired U.S. Army officer Lieutenant Colonel Frank Slade, a cantankerous middle-aged man who lives with his niece and her family.