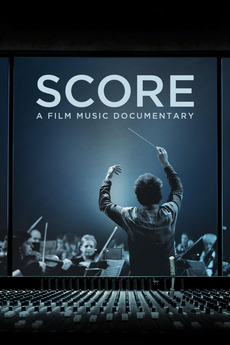 Music is an integral part of most films, adding emotion and nuance while often remaining invisible to audiences. Matt Schrader shines a spotlight on the overlooked craft of film composing, gathering many of the art form’s most influential practitioners, from Hans Zimmer and Danny Elfman to Quincy Jones and Randy Newman, to uncover their creative process. Tracing key developments in the evolution of music in film, and exploring some of cinema’s most iconic soundtracks, 'Score' is an aural valentine for film lovers.

Cinema Looks at Itself: Both Sides of the Screen

Documentaries that look at various aspects of cinema around the world -- the themes and genres, the eras and evolution,…

Documentaries relating to the creation/analysis of film ... and also some TV and a couple video games. Same idea. Ranked(ish)…

prime has a very decent selection, why lie for the tl? 😳