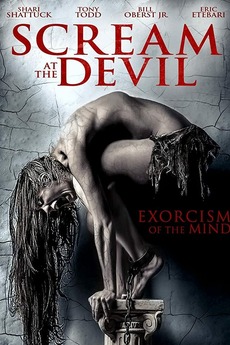 Scream at the Devil
JustWatch

Scream at the Devil

Exorcism of the mind

A beautiful schizophrenic woman is pushed over the edge by her husbands elicit affairs and when her hallucinations become reality the Devil comes to take his due. Is Miriam insane or has the Devil come to collect on her promise?