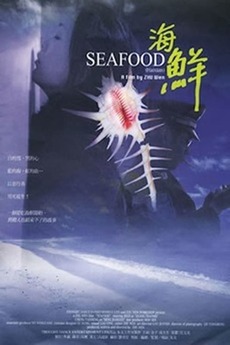 Zhang Xiaomei (Jin Ze), is a prostitute living in Beijing. When relationship problems with her boyfriend erupt, she flees to the resort city of Beidaihe and takes a room in a small hotel where she contemplates committing suicide. There she meets a young poet. The next morning, she wakes and learns that the poet has slit his wrists. When the police arrive, she meets Deng Jianguo (Cheng Taisheng), a middle-aged officer who questions her over the poet's death. Their relationship soon grows increasingly complicated as Deng learns of Xiaomei's plans to commit suicide. Over the course of several days, he takes her to eat seafood dinners, extolling the virtues and health benefits of the diet, including a claim that it makes him a more potent lover. When Xiaomei tries to commit suicide in a nearby town, she is thwarted by Deng who brings her back to Beidaihe and proceeds to rape her. Xiaomei eventually leaves the seaside town for Beijing again.

chinese films that were either officially banned (temporarily or completely) in china, or made without approval and thus automatically considered…

The 6th Generation of directors is in my opinion the most interesting in Chinese cinema history. Most of them started…

My personal collection of East Asian movies on Plex. Apart from a hundred movies and documentaries that currently is not…

Cloned this from another user, for my own benefit.

Films worth remembering. Thx to Saurav for adding many to TMDb. 45 titles still missing as of list date.

with links in notes, if available