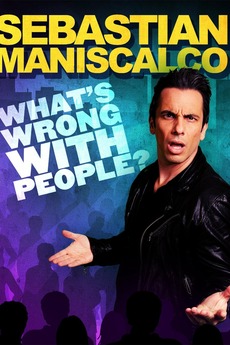 "What's Wrong with People?" asks Sebastian Maniscalco, as he hilariously tries to bridge the Italian-American Old World he grew up in with the contemporary frenetic world we all live in today.

My favorite and most important films of all time across all genres. Most to least popular for the week (according…

Definitely been watching more of these to cope with the current state of world affairs...

Stand-up comedy shows. Comedians are like philosophers. We laugh because it is true.

into the menstrual night I go