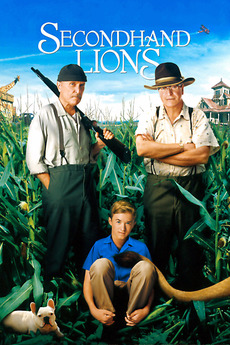 "Secondhand Lions" follows the comedic adventures of an introverted boy left on the doorstep of a pair of reluctant, eccentric great-uncles, whose exotic remembrances stir the boy's spirit and re-ignite the men's lives.

Every poster that has the logo exactly in the middle top, middle, or middle bottom of the poster

Time is Chasing After All of Us

A comprehensive list of coming of age films. Organized by poster color.

If you have a film to add, feel…