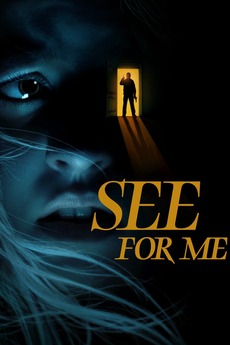 When blind former skier Sophie cat-sits in a secluded mansion, three thieves invade for the hidden safe. Sophie's only defense is army veteran Kelly, who she meets on the See For Me app. Kelly helps Sophie defend herself against the invaders and survive.