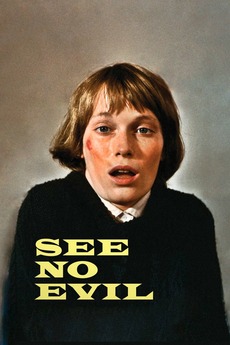 Keep your eyes on what she can not see.

In the English countryside, Sarah Rexton, recently blinded in a horse riding accident, moves in with her uncle's family and gallantly adjusts to her new condition, unaware that a killer stalks them.

Ongoing ranking of all the '70s horrors that I've seen. Including all Italian giallo films.