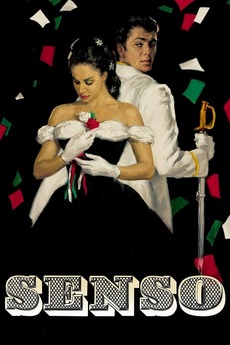 A troubled and neurotic Italian Countess betrays her entire country for a self-destructive love affair with an Austrian Lieutenant.