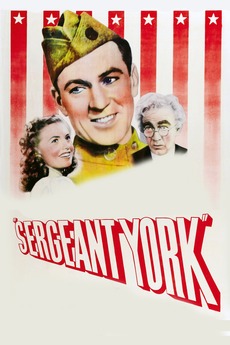 Missiles! Jets! Tanks! ... It's still the guy with guts and a gun who wins the war!

Alvin York a hillbilly sharpshooter transforms himself from ruffian to religious pacifist. He is then called to serve his country and despite deep religious and moral objections to fighting becomes one of the most celebrated American heroes of WWI.