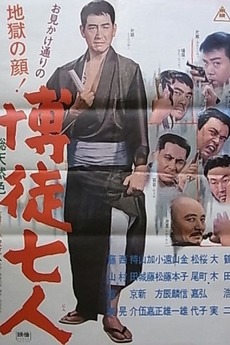 Hanjiro, a one eyed vagrant arrives in Okinoshima to save the town from a violent Yakuza group with the help of six handicapped guys.