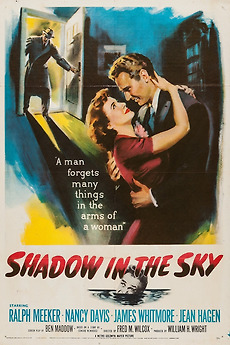 Shadow in the Sky

IN MY ARMS I KNOW HE'LL BE ABLE TO FORGET!

Burt, a Marine suffering from Battle Fatigue, is deathly afraid of rain and confined to an asylum, but showing improvement. He wants to live with his sister's family, but they have young children.