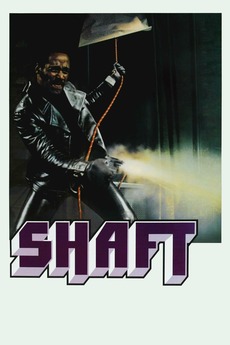 The mob wanted Harlem back. They got shaft...up to here.

Cool black private eye John Shaft is hired by a crime lord to find and retrieve his kidnapped daughter.