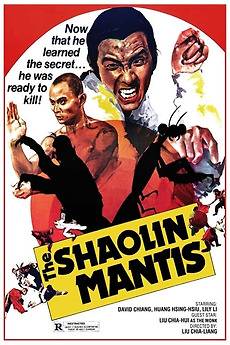 Skilled martial arts director Lau Ka Leung offers you another Kung Fu treat! this Asian classic introduces viewers to the Shaolin Mantis way of fighting! The tale takes you back to the Qing dynasty & Wei Feng, the son of a Qing official who tries to unveil facts about a revolt. The grand daughter of the farmer community where his investigation takes him, sacrifices her life to save him in the end. Managing to escape unscathed, he promises to hunt down the girl's killer and therefore creates the effective technique of Shaolin Mantis.

An attempt to create a definitive list of every Shaw Brothers film ever made.

It is said that there are…

What I believe to be the definitive list of martial arts films produced by The Shaw Brothers studio. Let me…