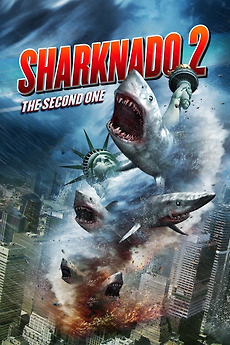 Sharknado 2: The Second One
JustWatch

Sharknado 2: The Second One

A freak weather system turns its deadly fury on New York City, unleashing a Sharknado on the population and its most cherished, iconic sites - and only Fin and April can save the Big Apple.