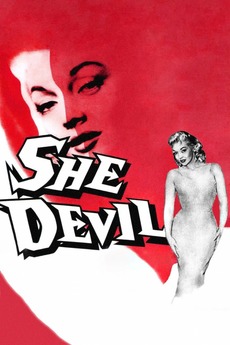 GORGEOUS DEMON! They created an inhuman being who destroyed everything she touched! The woman they couldn't kill!

Biochemists give fruit-fly serum to a dying woman, with side effects.