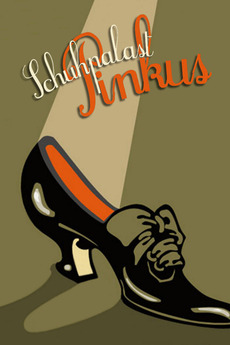 Sally Pinkus is an German-Jewish boy who takes a job as a shoe store clerk after being expelled from school for goofing around. Soon fired for trying to court the owner's daughter, Pinkus lands another job in a more 'upmarket' shoe salon, only to be fired again, before charming a rich benefactress to fund his ultimate dream: Pinkus' Shoe Palace.

Updated through the January 2021 announcement

The Criterion Chronology - On Disc Edition

This is an adapted version of my list called The Complete Criterion Chronology. This list only includes physical media releases…

2700 Movies You'll Die Before Having Watched

A Criterion a day...

The purpose of this list is to record the progress of the project, which I've optimistically titled "A Criterion a…

Listing everything German I’ve seen through 1918, after which the Weimar Republic was founded. The titans of this era were…