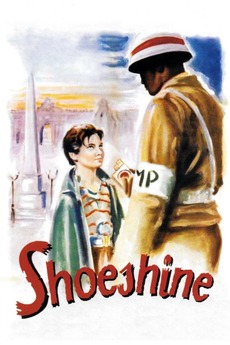 At a track near Rome, shoeshine boys are watching horses run. Two of the boys Pasquale, an orphan, and Giuseppe, his younger friend are riding. The pair have been saving to buy a horse of their own to ride...