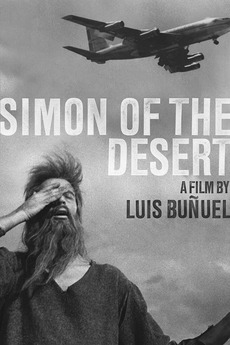 Simon, a deeply religious man living in the 4th century, wants to be nearer to God so he climbs a column. The Devil wants him come down to Earth and is trying to seduce him.