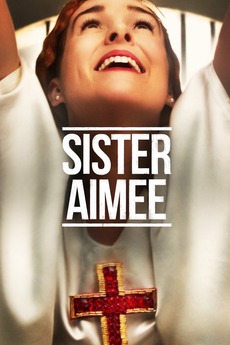 In 1926 America’s most famous evangelist is a woman. And she’s looking for a way out. Fed up with her own success, she gets swept up in her lover’s daydreams about Mexico and finds herself on a wild road trip towards the border. Based on true events. Mostly made up.