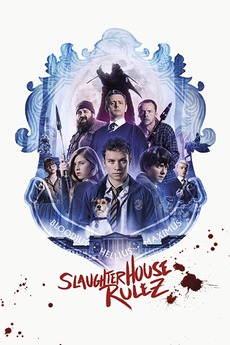 Don Wallace arrives at Slaughterhouse, an elite boarding school in the English countryside where the children of the wealthiest are groomed to dominate society. But the monolithic rules of the British upper class change when greed and recklessness unleash an ancient power hidden for centuries and future predators become helpless prey.

attempting to be comprehensive

Horror movies worth $1 or never touch

These are horror films that should remain left on the shelves in plastic, found at the dollar store, or needs…

The Creatures Are The Features

Humans being terrified and picked off by altered, alien, mutated, or any other kind of transmogrified creature/beast. Ya know, the…