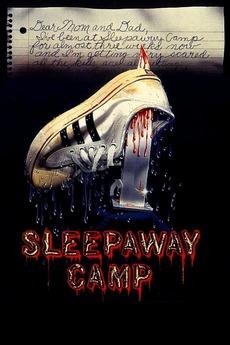 …you won't be coming home!

Slightly disturbed and painfully shy Angela Baker is sent away to summer camp with her cousin. Not long after Angela's arrival, things start to go horribly wrong for anyone with sinister or less than honorable intentions.